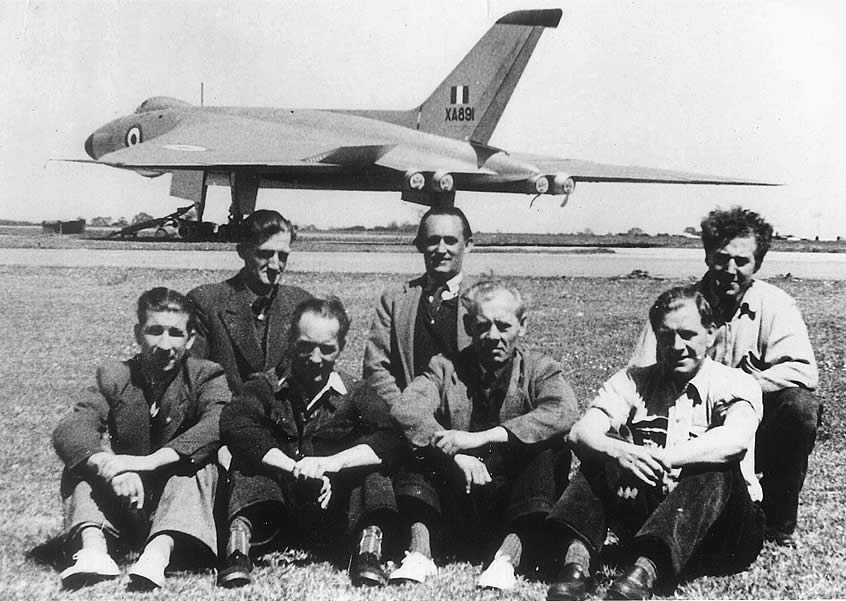 2017 marks the 40th anniversary of parachuting at Langar airfield. We’ll be recognising the anniversary throughout the year, starting with this article on the pre-parachuting history of our airfield. Learn more about British Airfields at The Airfields of Britain Conservation Trust.

RAF Langar was opened in September 1942 and during World War II it was used by the Royal Air Force and United States Army Air Force Ninth Air Force. It was also known as USAAF Station 490, Station Code: LA.

The airfield was built during the early months of 1942 to Class A bomber airfield specifications. The three concrete runways were a main of 6000ft at 01-19, and two secondaries of 4,200ft at 07-25 and 4,200ft at 13-31. The original 36 hard-standings were of the pan type but in the summer of 1943 14 loops were added to bring the total to 50. The original specification had the usual two T-2 hangars but an additional two were added when the airfield was required to hold 32 Horsa gliders in store. Accommodation was mainly Nissen type buildings which catered for 2,253 persons.

The first flying unit arrived in September 1942 when No.207 Squadron arrived with Lancaster bombers from RAF Bottesford. 207 Squadron was a major RAF Bomber Command unit and participated in major raids on occupied Europe.

Also, in September 1942, A.V.Roe Ltd. Prepared to use a large hangar complex on the west side of the Langar/Harby road to carry out major repair and maintenance of Lancasters.

The RAF remained until October 1943 when it moved to RAF Spilsby.

In November 1943 Langar was transferred to the USAAF Ninth Air Force as a troop carrier group base. The airfield was used as a reception base for troop carrier groups flying in from the United States. The 10th Service Group and 27th Mobile Repair Maintenance Squadron was established to support these transitory groups before they moved onto their permanent airfields.

435th Troop Carrier Group – The 435th TCG arrived at Langar on 3rd November 1943 from Baer AAF Indiana with four squadrons of 56 C-47s. The group began operational training at the airfield, however it was moved on 25th January 1944 to RAF Welford to train alongside the 101st Airborne Division.

441st Troop Carrier Group – The 441st TCG arrived at Langar on 17th March Baer AAF Indiana with four squadrons of 56 C-47s. The 441st was a group of the Ninth Air Force’s 50th Troop Carrier Wing, IX Troop Carrier Command. It was scheduled to be assigned to Langar, however it only remained until 25th April until being moved to RAF Merryfield.

IX Troop Carrier Command depot – Although no further flying combat units were stationed at Langar, the airfield became a major maintenance and supply depot for the IX Troop Carrier Command. In addition, Langar became a centre for assembly and modification of CG-4A Waco gliders, primarily the fitting of reinforced noses for better crew protection in rough landings. During this time several hundred gliders were assembled there.

In August 1944 Langar was released to RAF control for operational use. However the need for forward operating bases in connection with Operation Market-Garden (an unsuccessful Allied military operation, fought in the Netherlands and Germany) saw the 441st Troop Carrier Group using the airfield as part of the operation.

On 17th September 45 C-47s of the 441st TCG dropped paratroops of the 82nd Airborne near Nimegen Holland. Five aircraft were lost to Flak. On 18th September, 40 C-47s, all towing CG-4A gliders carried out a reinforcement mission without loss or casualties.

No further missions were flown until 23rd September when 90 C-47s, all towing gliders to Holland encountered flak that brought down one C-47. This was the last operational mission by the USAAF from Langar, and ended the association of the Ninth Air Force with the airfield.

In October 1944, RAF Bomber Command returned to Langar moving in with No.1669 Heavy Conversion Unit with 32 Lancasters which used the station until March 1945. Although retained by the Ministry of Defence, the airfield was used after the war for a short time for prisoners of war, and then for displaced persons. It was then deserted until 1952 when the Royal Canadian Airforce took up residence.

Early in 1952 the airfield was taken over for eleven years (1952-1963) by the Royal Canadian Air Force as RCAF Langar. For 12 months nearly 1000 men worked constructing new buildings for the station, with an English design team let by architect Peter Benton. The first RCAF personnel arrived autumn 1952.

Langar was the RCAF’s primary supply base for No.1 Air Division RCAF in Europe, a complex of four fighter bases set up in France and West Germany by Canada to help meet NATO’s European air defence commitments during the Cold War. It was the only Canadian base in the UK.

The RCAF established No.30 Air Meteriel Base (AMB) to handle the transportation of supplies, equipment, aircraft, personnel, and other support essential for the operation of the four NATO air bases and its headquarters. Several units were attached to 30 AMB. No.137 (Transport) flight, which was attached to the Movements Unit of 30 AMB, operated several types of aircraft including six Bristol Freighters, one Beechcraft Expeditor, and two Dakotas. No.312 Supply Depot handled medical supplies and spares for mechanical equipment, including aircraft (e.g. the F-86 Sabre) and vehicles. No.314 Technical Services Unit was tasked with inspecting all supplies before they were forwarded to operational bases. This unit also assisted with repair contracts and provided technical advice.

The final use of the station by the Canadian Forces was in May 1995 on the 50th anniversary year of VE-Day. During the commemoration, a small team of Canadian military parachutists arrived from Holland–where they had conducted parachute activities during the ‘Thank you Canada’ liberation celebrations. They joined a larger group of American airborne veterans at the British Parachute Schools at Langar, Nottinghamshire. In the days before, the Americans and Canadians had undergone some conversion training at the No.1 Parachute Training School at Royal Air Force Brize Norton. However, inclement weather and other factors prevented the group from jumping onto the Weston-on-the-Green drop zone. Following a quick refresher course conducted by the school’s chief parachute jumping instructor, the paratroopers embarked on the twin engine Britten Norman aircraft and a giant biplane – the Antonov AN-2 Colt. Despite marginal weather and high winds, the mass parachute drop was made without casualties onto the airfield using round G-Q military type parachutes. The para drop afforded these Canadians the only opportunity to jump in the UK, but more importantly, it provided a fitting venue from which to pay tribute to the memory of all the Canadians who fought from bases in Britain during the Second World War. A pipe band led the parade off the drop zone to the wreath laying ceremony at the airfield’s RAF memorial. A reception was given by the Lord Mayor Peter Burgess at the Nottinghamshire County Council Hall in West Bridgford. Lieutenant Colonel C.A. Kiernan, MBE: a war Veteran (1942 to 1965) of the Parachute Regiment, and local members of the UK Territorial Army’s 144 Parachute Medical Squadron, attended to mark the occasion.

Today the airfield is the base for British Parachute Schools, Skydive Langar. We use the original control tower for our headquarters. The former Avro industrial complex is used by private industry.

The main runway (01/19) and NE/SW secondary (07/25) are still active and in use. The original technical site is still in use, along with both wartime T-2 hangars. Additional postwar hangars and a secondary maintenance site built to the north-west, along with many of the loop dispersal hard-standings around the wartime perimeter track still exist.