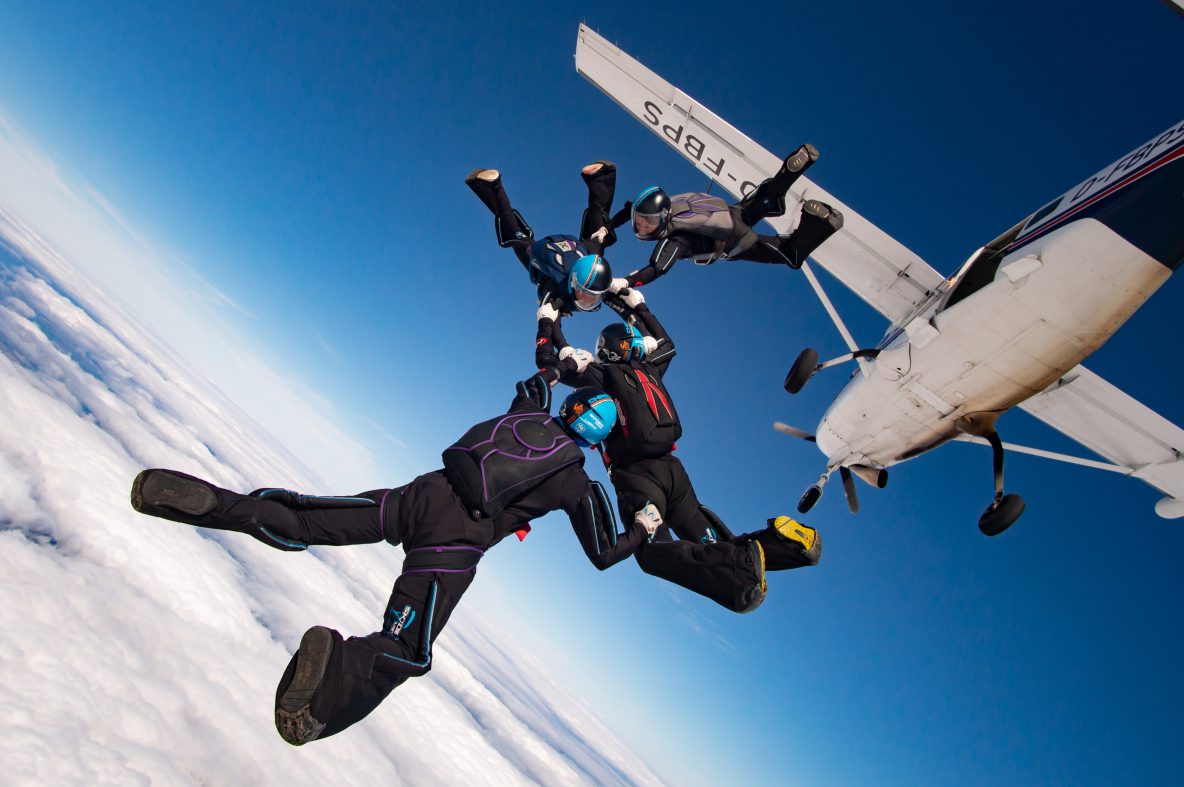 Formed in 2016, Chimera comprises five local jumpers who all call Langar their home DZ – with four out of the five having trained here from day 1.

As our sponsored team, Chimera is on hand to provide coaching, organising and advice for aspiring through to advanced formation skydivers. Chimera regularly host events at Langar; check out our events page for more information.

Chimera: the story so far

When Chimera started in 2016, its members had flown together before but never as a team; James, Laura and Chris were part of Lowabusa, while Laura and Pete were in a team called Enigma way back when.

In their first year, Chimera achieved a 16.1 average at the British National Skydiving Championships, earning themselves the fourth place with the help of their coach Katie Woods (formerly of British national champions Satori and the Canadian national team Evolution).

They went on to achieve a 17.3 average in their second year, placing 3rd in the country – a position they would maintain the following year – using alternate flyer Jonny Flowers in place of Chris Judd who was taken out by injury earlier that season. They flew for team GB at the World Cup in Saarlouis, with former British champion Aaron Faith.

In year four, Chimera achieved the silver medal at the British Skydiving Championships with an average of 18.7.

The team has updated its line up for the coming season, too. The team is now:

We’re very proud to sponsor teams like Chimera and regularly host events for formation skydivers, as well as having a team of qualified formation skydiving coaches on hand to help you right through from first jumps to competition.

You can usually find a member of Chimera at the drop zone, where they’re always happy to help teams and individuals. If you’re looking for FS coaching or load organising, check out our events page or simply turn up on the day see what’s happening!