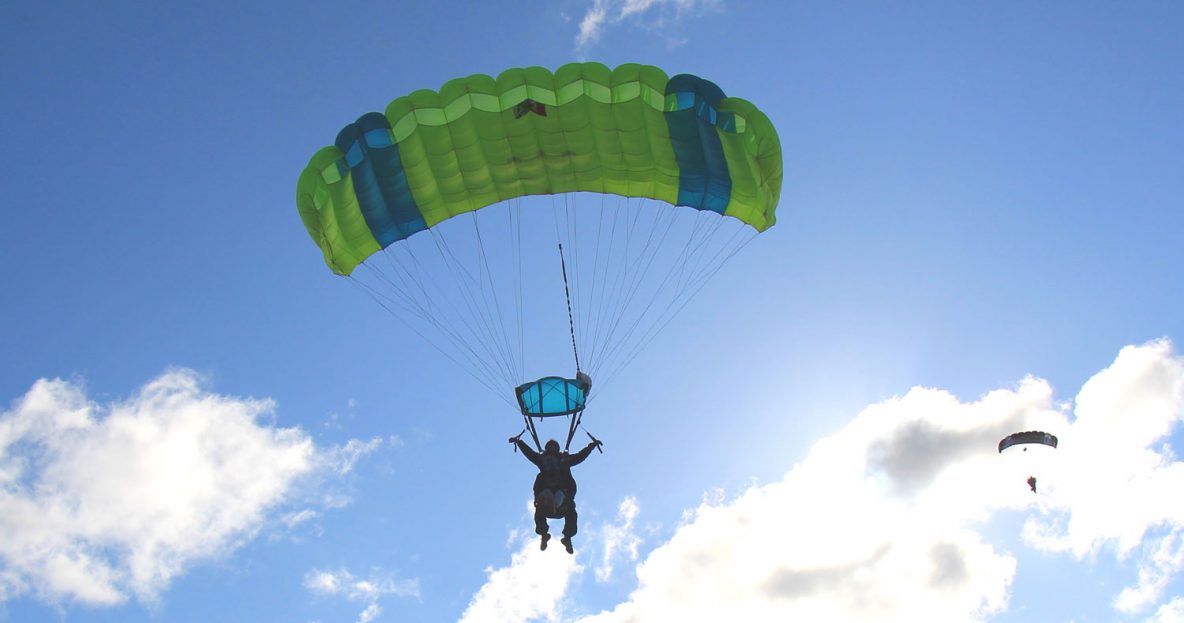 One of the most common questions for first time jumpers is “what’s the difference between a parachute jump and a skydive?”. Well really they’re the same thing. At the end of a skydive we deploy the parachute and safely glide back to earth.

All skydives involve a parachute, so skydiving is also parachuting, and a skydive is also a parachute jump.

The History of Parachute Jumps

The actual history of skydiving starts with french man Andre-Jacques Garnerin. Andre-Jacques made successful parachute jumps in 1797 using a canvas canopy jumping from a hot air balloon. Leslie Irvin is credited with making the first freefall parachute jump in 1919. The earliest competitive skydives date back to the 1930’s.

Skydiving became much more mainstream once the military began developing parachute technology. Militaries used the act of skydiving as a tactical move during World War II. Freefall was new and dangerous. To safely deploy soldiers with limited training militaries used “Static line” systems. A connection to the aircraft would deploy the parachute immediately after the soldier jumped. This meant limited freefall was involved therefore this became known as “Parachuting”. After the war skydiving became much more popular. Many returning soldiers took it up and had regular competitions so skydiving became a national sport in 1952. In the civilian world parachutists were beginning to freefall for longer periods of time. The parachuting was now only part of a larger activity including freefall. Freefalling then using a parachute therefore became known as “Skydiving”.

Skydiving and Parachuting are really words for the same thing. Hurling yourself at the ground and then using a parachute to slow yourself down.

Skydiving is now a sport for everyone and a bucket list item for many. With just a short training session you can experience the adrenaline rush with a tandem skydive.

There are no words to describe the moment you jump from an airplane for the first time. You will fall through the air at 120mph. It’s breath-taking, exhilarating, exciting… it’s unlike anything you’ve ever experienced.

Find out more about different types of skydiving or book now.